Dennis Glenn, MFA is President and Chief Learning Officer and an adjunct professor at DePaul University Graduate School for New Learning. His instructional design and eLearning experience was honed when he joined Northwestern University as manager of the advanced media production studio. In 2001Glenn was promoted to assistant dean for distributed education at the School of Communication where he was the Director of the Distributed Learning Center. Dennis has designed interactive virtual patients for the medical industry that assess the cognitive decision-making abilities of surgeons, doctors, and nurses. He has created learning and assessment simulations for Pearson Learning, Baxter, Abbott Labs, American Association of Nurse Anesthetists. He has taught at  Northwestern, Columbia College Chicago, Lake Forest Graduate School of Management, and DePaul’s Graduate School of New Learning, where he teaches in two domains: engaging social media, and mastery learning using serious games. 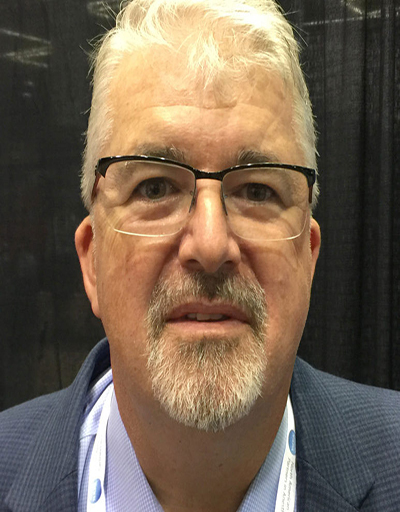 Dr. Kallio DNP, CRNA, APNP  brings his unique knowledge and skills, accumulated through 29 years of clinical anesthesia practice, of which 15 were spent as the Clinical Director of an inter-professional, high-risk preoperative care clinic at the VA Zablocki Medical Center. As a nurse anesthesia educator, he brings the ability to blend traditional education with the world of simulation and gaming. Dr. Kallio also brings a wealth of experience in telemedicine and is currently a co-investigator on a study involving telemedicine outcomes and barriers. Dr. Kallio has a Bachelor of Science in Nursing from Marquette University, a Master of Science in Nursing from Samuel Merritt University and a Doctor of Nursing Practice in Acute Care & Anesthesia from Marquette University. He is a Jonas Scholar funded researcher. Dr. Kallio is active in professional organizations related to nursing and nurse anesthesia. In 2014 he was appointed to the Wisconsin State Board of Nursing and is also a member of the Wisconsin Controlled Substances Board. He was a Lt Commander in the US Navy reserves  He is currently a member of the American Association of Nurse Anesthetists, the Wisconsin Association of Nurse Anesthetists, The Association of Military Surgeons of the United States, Naval Reserve Officer and the Sigma Theta Tau International Honor Society for Nursing. Dr. Kallio has authored multiple publications and conducted several scientific investigations in several areas related to preoperative patient management. He has presented at multiple educational seminars and routinely provides both didactic and hands-on instruction for the College of Podiatry and the Department of Nurse Anesthesia at Rosalind Franklin University.